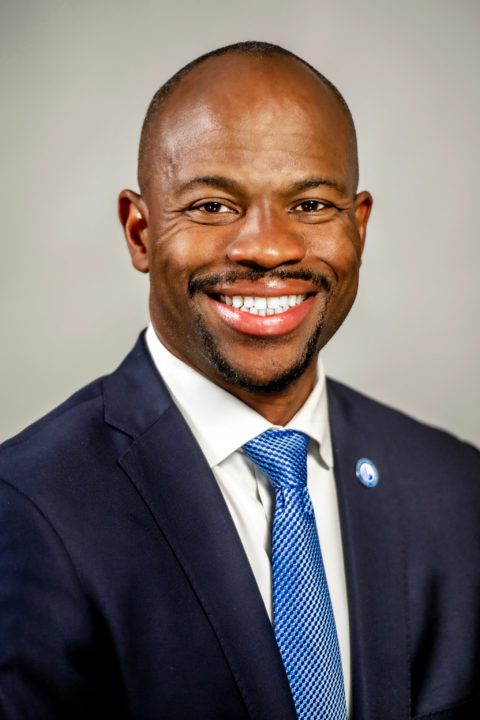 Blake is the first Black President in the university’s 109-year history. In his first year, he instituted four
pillars for the university: Research and Innovation, Student Success, College to Careers, and Identity
and Placemaking.

In his first year as president, Blake has led the university's new strategic planning process and has focused on campus engagement, attending hundreds of meetings and events with students, faculty, staff, alumni and legislators. During this time, Georgia State set new records for fundraising and research activity.

He served most recently as Executive Vice President for Academic Affairs and Provost at The George Washington University, where he oversaw the academic mission of the institution, supporting all academic endeavors and overseeing the research enterprise across the university’s 10 schools and colleges. Prior to joining George Washington, Blake served through five academic years as Executive Vice President for Academic Affairs and the Nina Henderson Provost at Drexel University in Philadelphia. During his tenure, Blake helped Drexel recruit its most academically gifted class, achieve the highest retention rate in the university’s history and increase research activity to all-time high levels.

Prior to Drexel, Blake served as Vice Provost for Academic Affairs and Dean of the Graduate School at the University of Miami, and, before that, as Associate Dean for Research and Professor at the College of Engineering at the University of Notre Dame, where he oversaw research programs and graduate studies in the College of Engineering. Blake started his academic career on the faculty of Georgetown University, where he was Chair of the Department of Computer Science. He was Chair and Director of Graduate Studies during the inaugural years of the university’s first graduate program in computer science.

As a Distinguished University Professor of Software Engineering, his individual research has received more than $12 million in funding, and he is an author of more than 250 scholarly publications.

Blake grew up in Savannah, Ga., and attended Benedictine Military Academy. He and his wife, Dr. Bridget Blake, an engineer and Doctor of Business Administration, have two sons, Brendan and Bryce.

Office of The President

Shana Brewton
Assistant to the President